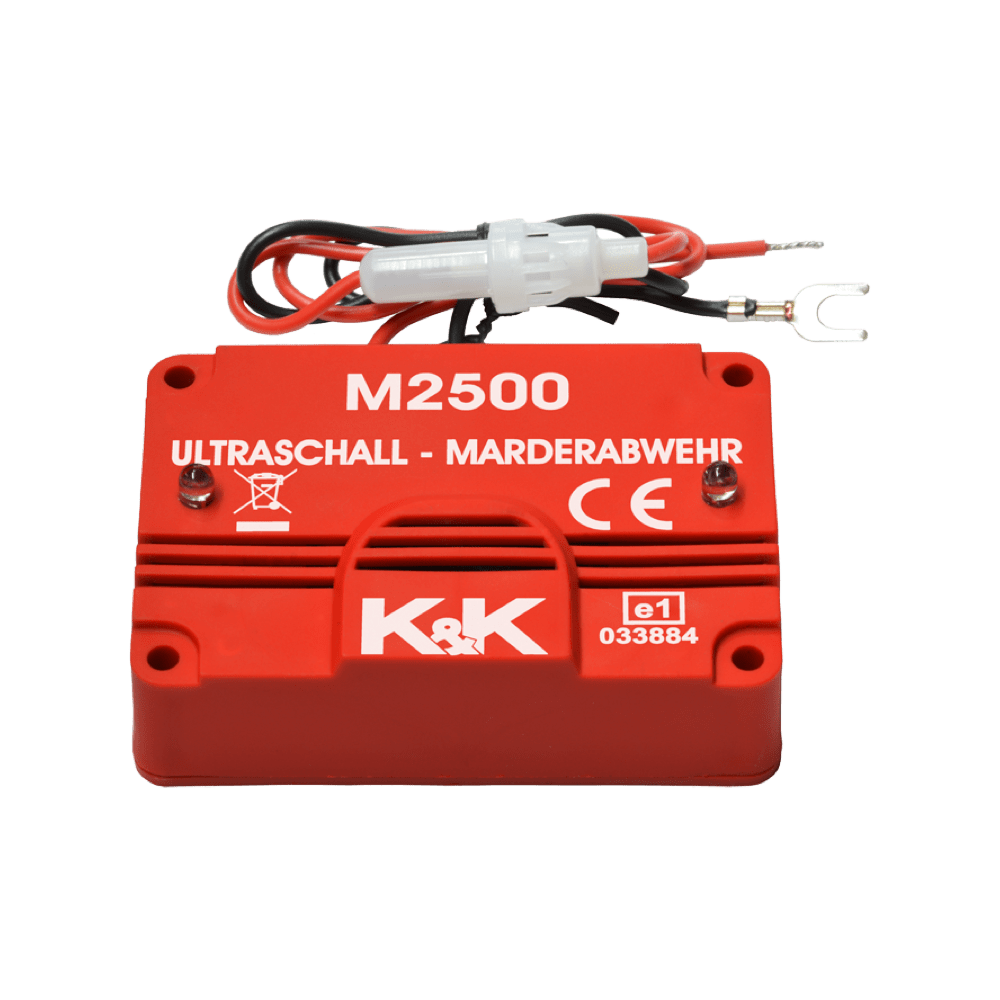 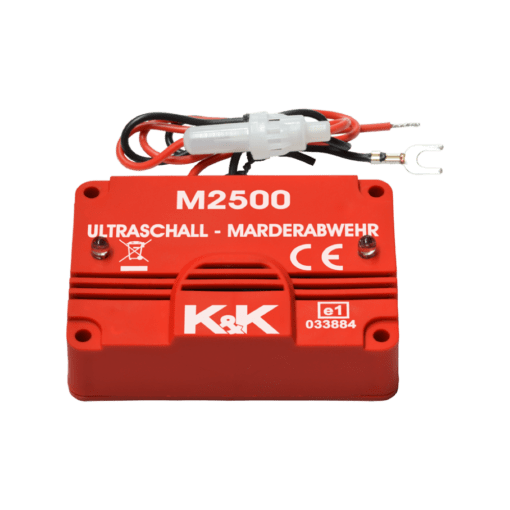 The POPULAR marten repellent device
Artikel-Nr.: M2500
62,- € incl. 19% VAT, plus delivery
Delivery time: 1-3 days
M2500 The POPULAR marten repellent device
With a radiation angle of 180 degrees, the M2500 delivers ultrasonic waves where their protective effect is most needed. The speakers of the M2500 are specially designed and arranged in such a way that the pulsating sine ultrasound not only beams forwards, but also laterally through specially-designed slots.
Sound waves spread like light, but obstacles can block them. An ‘acoustic shadow’ then develops, which receives hardly any of the sound pressure. For martens, the acoustic shadow is the perfect hiding place. The M2500’s specially-designed speakers make it highly effective over a wide area. This makes the game of hide and seek in the engine compartment a futile exercise for the marten. 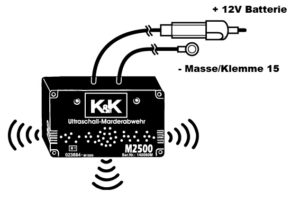 The K&K ultrasound device should be installed in the engine compartment in such a way that the device does not come into direct contact with dirt or splashing water. It should be installed in such a way that the sound outputs on the front and side beam directly into bite-prone areas. However, it should not be mounted directly onto the exhaust manifold or directly next to the engine due to excessive heat. The device can also be used outside the car to drive off martens, e.g. from buildings, garages, lofts etc. Please see the Installation PDF file for further installation instructions.